He was placed first for his monologue and received the Festival award. Then he was asked to perform at the 100th Festival Finale.

There were 2700 competitors at the Festival this year and only 30 were asked to perform at the Finale. Adam performed for over 300 people.

Year 6 pupils, Georgia and Adam came second in the Duologue at the Festival.

Year 6 pupil, Katie came first in the Recital class at the Festival.

Congratulations to all participating pupils.

Looking After the Environment: A Forest at Forest

Confidence in Speaking at our Inter-school Speech Final 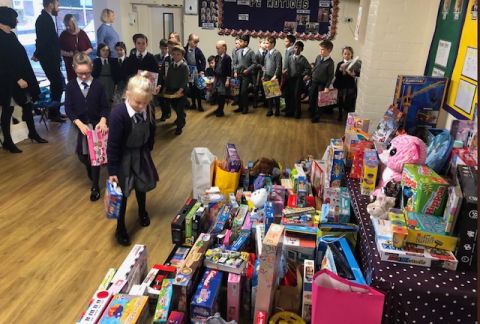