Year 5 performed their assembly called ‘The Great Space Race!’ for the whole school and their families recently, with the children providing much entertainment for their audiences to enjoy.

Set in a television studio, the primetime show interviewed Neil Armstrong, Buzz Aldrin and Michel Collins about their mission to win the 1960s space race.

The Earth, Sun and Moon topic forms a core part of the Year 5 Science syllabus. The children have recently looked at the planets, seasons, night and day and international time zones. Through producing their assembly, it has helped the Year 5 children gain a further understanding of the history of Space.

The children were commended for their clear, well projected voices and enthusiastic singing and dancing.  Well done, Year 5! 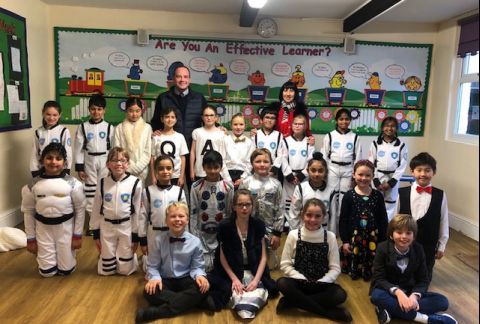 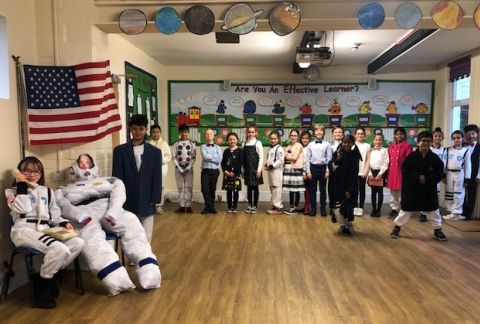 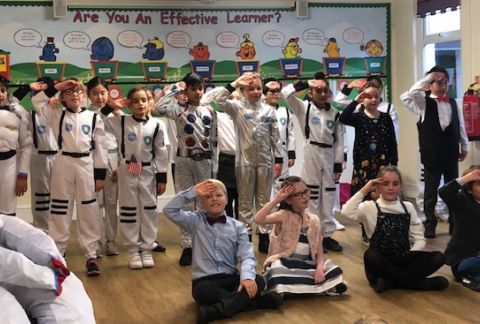 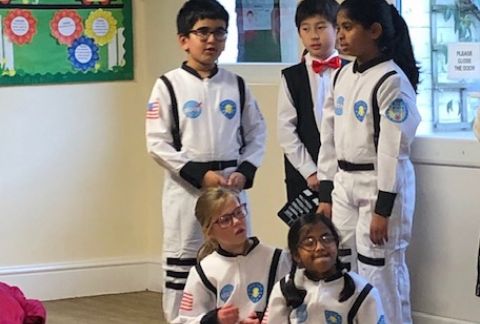 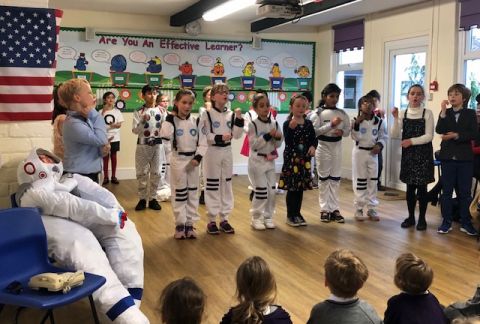 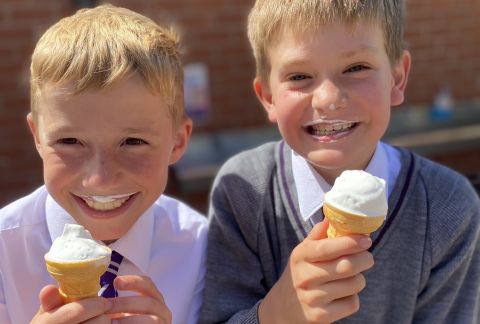 I Scream, You Scream, We All Scream for Ice Cream! 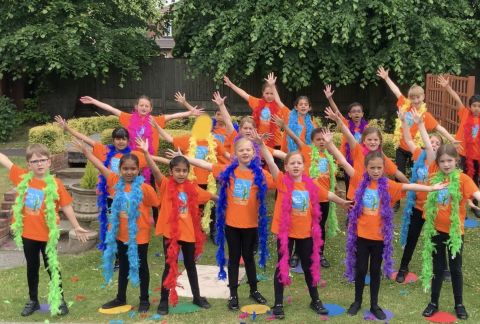 Summer Show: Could You Hug a Cactus? 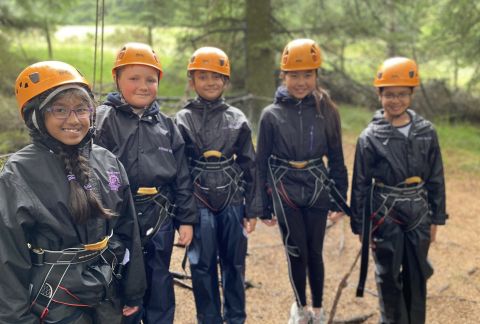